This site uses cookies to ensure the best browsing experience 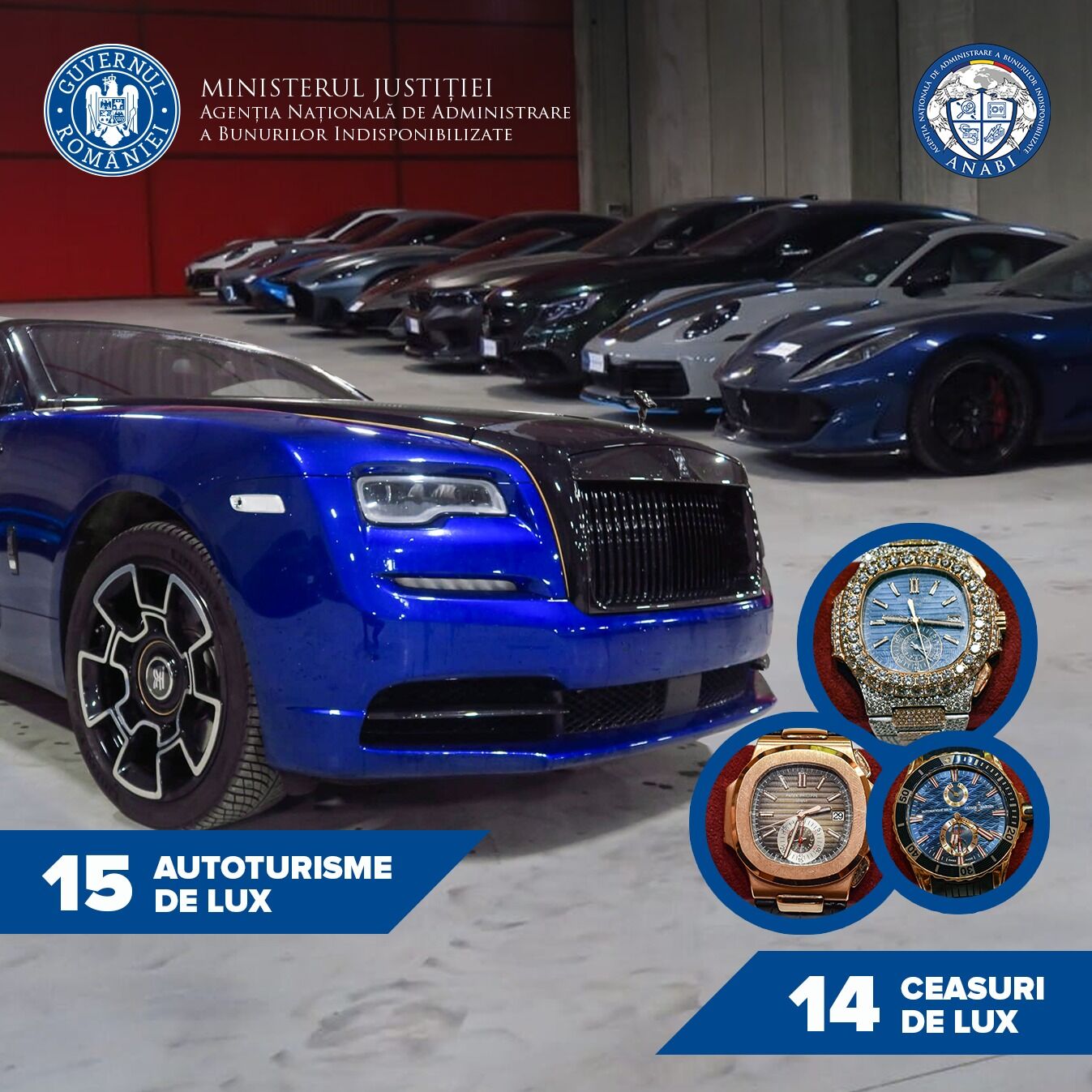 Following the orders of the prosecutors of the Directorate for the Investigation of Organized Crime and Terrorism - Central Structure, the National Agency for the Management of Seized Assets (ANABI) took into administration 29 movable assets (luxury vehicles and watches), as well as several sums of money in lei, euros, pounds sterling, and US dollars, during this week. In this case, the entire value of the assets and money taken under administration by ANABI is estimated to be over 18 million lei (€3,636,000).

The Agency was notified in accordance with articles 27 and 28 of Law no. 318/2015. According to these attributions, ANABI manages any amount of money seized in criminal proceedings, as well as moveable assets worth more than 15.000 Euro. ANABI can also organise interlocutory sales of moveable seized assets through online public auctions throughout the criminal process, with the owners’ approval or request or based on the court's approval.

The activity of ANABI is carried out with full respect of the following principles: legality, confidentiality, integrity, operational autonomy, celerity, efficiency and respect for the legitimate rights and interests of owners, holders of other rights over property and third parties.

ANABI is a public institution of national interest with legal personality, subordinated to the Ministry of Justice. Through Law no. 318/2015, the Agency is appointed as:

Over €200 million in its portfolio, enhanced cooperation with national judicial authorities and foreign partners, participation in significant European projects are just a few of the highlights of ANABI's six years of operation.

More details on the Agency's results can be found in ANABIgram (anabi.just.ro).